There’s a saying or something about finding things when you’re not looking for them. Like the car keys. Or things you put away in that “special” hiding spot so you’ll remember where they are, but can’t never remember it. I had a day like that today.

I went to the beach this afternoon, despite the cold wind and the threat of yet MORE rain. Instead of walking, I sat in a corner near some rocks (to shelter from the wind) and just watched the world go by. As I sat there, I started to feel some of that characteristic special rejuvenation settle over me. I can’t tell you how good that felt! 🙂

After a while I realised that what I find here may not be some magic peace or healing afterall, but mindfulness. (Ok, I still think there’s some magic in the place, too 😉 ) I’m able to stop long enough to see the world around me. Today, for example, I saw the teeny weeny crab dancing up the sand to his home. And the six inches of blue sky trying to peek out from behind the clouds. I love it when I can slow things down enough for this. Especially with (or perhaps because of) beautiful mother nature! 🙂

I also realised why my blog has been annoying me a bit of late. Not so much the blog itself, but my use of it. The way I get great ideas for posts that once would have been well thought out and well written, but now are dashed off in ten minutes flat because it’s all I can seem to find the time for. Or all I allow myself the time for. It’s not enough. I want to get back to a more mindful blogging, and more regularly. It’s much more meaningful to me, and more helpful. The trick, of course, will be to make that happen when I get home!

Look familiar? I’ll see you all next week. Take care everyone.

It seems like an eternity since I posted. I’ve wanted to. There’s a lot happening, but I haven’t been sure about posting. To be honest I’ve been worried about being judged. I contemplated shutting this blog down and starting another, but somehow that didn’t seem authentic. To me, I mean.

Instead I’ve decided to stick with Kerro’s Korner – it is, afterall, about my journey from surviving to thriving. I’m going to start passwording some of my posts – you can email me if you want the password, but to be honest, I reserve the right not to share. Don’t take it personally.

While I’m here I’ll leave you with two of my favourite photos from my recent holiday. Enjoy 🙂

This month’s theme for the Expressive Arts Carnival is:

Through drawing, painting, photograph or any other visual means, create an image of “your truth.” Some ideas you may want to explore are finding your truth, saying your truth, what your truth feels to you, and more. With your entry, also include a couple of sentences saying what the process was like for you.

I’m getting in early this month, as I go away in a few days (again) for a proper holiday this time. The place I’m going to is also my entry for the Carnival. It’s a simple one, but no less relevant to the theme:

I’ve posted this photo before, and others like it, here and here.

I love this place because of its physical beauty, but also because of what it represents to me. It is my spiritual home.

The Carnival doesn’t close until 21st February and is open to all survivors. It’s a great privilege for me to be part of this, and lots of fun, so I encourage everyone to enter! Details on how to enter can be found here.

The theme for this month’s Arts Carnival activity is open – as Paul says, “any survivor art is welcome!”

I took a photo last night of a Christmas decoration. I think it’s beautiful. I had hoped to photograph it nestling in feathers, or something soft, but with everything else that’s happening this week I haven’t been able to make that happen.

I love this decoration. For me, it speaks to everything I want Christmas to be – beautiful, happy and, well, “normal”. Everything it isn’t at the moment. I’m trying to maintain hope that one day I can create the kind of Christmas I’ve always wanted. I’m still missing a few ingredients for that at the moment, but I try to hang onto the hope. My religious colleagues tell me that’s what this time of year is about – the hope of a better future. Captures my Christmas wish, that’s for sure. As well as the idea of “healing” for all of us survivors here, I think.

By *popular* demand here are a few snippets from my trip – my Top Ten:

1.      Petra – ok, this is the main reason I went on the trip in the first place, and it didn’t fail to live up to expectations. It blew me away. So beautiful. I could fill a whole Top Ten just with Petra, but will leave you with a few photos instead. 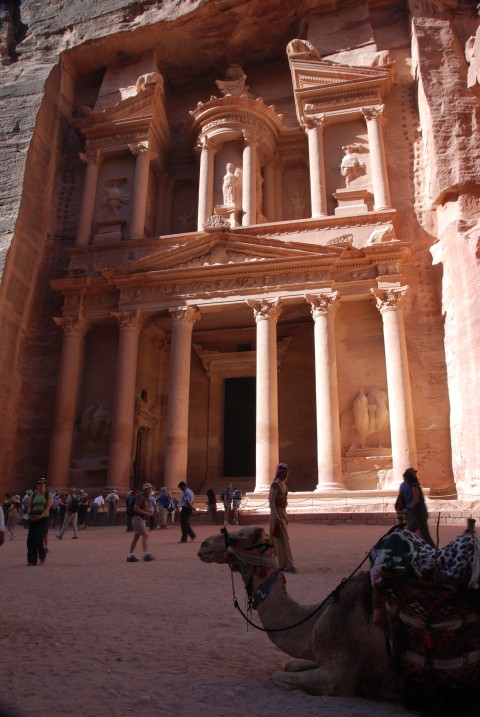 3.      People – this is an unexpected one for a (former) people-hater like me, but I really enjoyed meeting people in Jordan, talking to them about their lives. My donkey handler, a young Bedouin boy called Mohammed (coz they’re all called Mohammed – truly) was particularly interesting. He and his family used to live in the caves around the mountains of Petra, until the government paid them to move out to the village. I’m interested in the politics of this, but satisfied knowing that at least they probably now having running water. I asked him if he’s married. Here’s the conversation:

Mohammed: “Married? No, I’m too young. I want to live a little first.”

Me: “And how old will you be when you marry?” 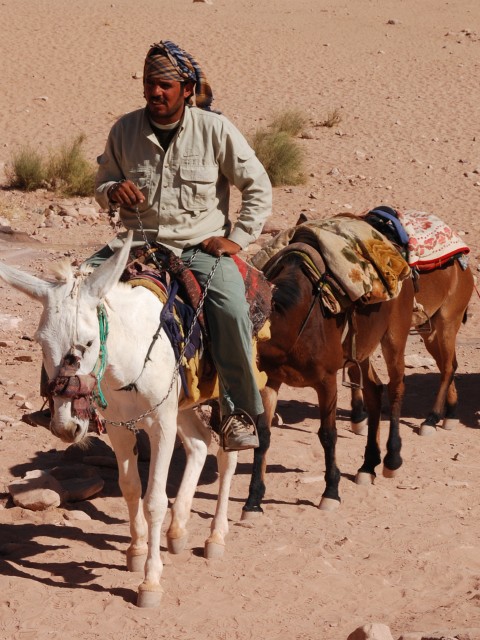 4.      Seeing the West Bank – I studied Middle Eastern politics at uni, so it was a privilege to see some of the territories I’ve studied, if only from a distance. As tempting as it was to jump the river (yes, river, not creek), someone mentioned something about Israeli guards and big guns, so I didn’t. 😉 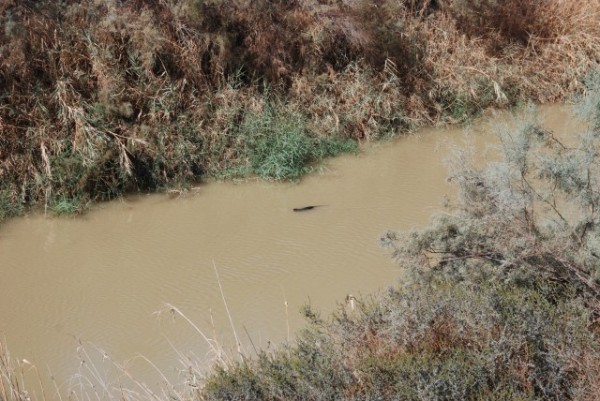 5.      Seeing the Golan Heights – also a moment of political history and geographical wonder. I live in a country that has no land borders, so seeing borders, or being up close to them, always feels amazing. 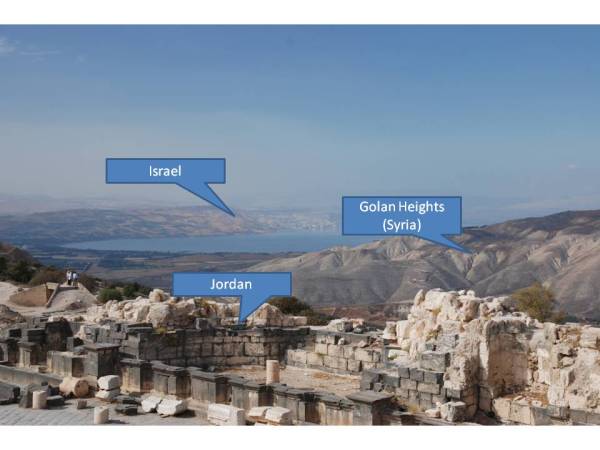 6.      Mosques – I loved them. The architecture, their presence in the cities and towns, the decoration, the centrality of religion … I was captivated by it.

7.      The Holy Land – ok, I’m not a very religious person and I didn’t actually go to Jerusalem or other places traditionally associated with all things Holy, but I did visit a few sights … whatever your views, it’s history and I loved it! Here’s the place where Moses looked out over the Promised Land (Bible references welcome if you know them).

8.      The Dead Sea – weird and wonderful. And yes, you really do float! Don’t get any in your mouth, though, it tastes DISGUSTING! That’s Israel in the distance, BTW. 😉 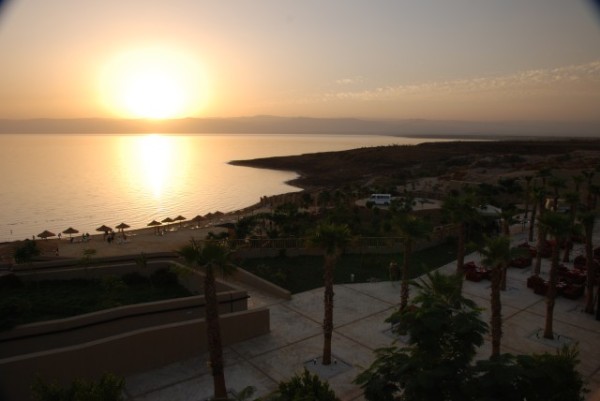 9.      Food – I’ve always been a bit partial to hommus, but seriously, the food in Jordan was YUMMY! Hommus, baba ganouj, kebabs, bread, labneh… AND I came home with recipes 🙂 Possibly even better was the food I had in Dubai by that chef with the bad manners – seriously, SERIOUSLY good 🙂

10.   Views from the plane – specifically the night-time view over the southern tip of India and Sri Lanka, all lit up like a Christmas tree. It looked beautiful – kinda like this photo from that big American space agency – but I suspect it also says something about the density of population, poverty and the environment. 😦 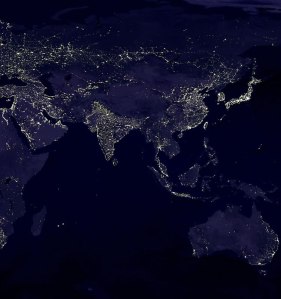 And how could I share some photos, and not this one? The label on one of the hotel towels I had in Jordan. LOL

Some of you might be wondering why I didn’t rate the Pyramids in my Top Ten, or the Sphinx (or “Sphink-us” as they’re sometimes called locally). They were nice, sure, but didn’t “wow” me like the other things on this list. In fact Egypt didn’t “wow” me much at all. Sad to say, but there it is. I did wonder if there was something “wrong” with me, but I suspect not… it just didn’t captivate me like Jordan did.

I’m home. I got home a few days ago from my wonderful holiday in paradise. I ended up extending my stay for a few days because I was having so much fun and didn’t feel ready to come home. I still don’t feel quite ready to be home, but I’m doing ok.

I experienced something truly rare on my holiday. I think I felt happiness. At first I didn’t know what it was – kind of like a drug induced high, but without the drugs. Then I realised, I felt … H A P P Y. Truly content. 🙂

Who wouldn’t feel content lolling about on this beach, or frolicking in this pool? It was just like the brochures promised. It was truly divine, absolutely perfect even, and I’m looking forward to going back there again. 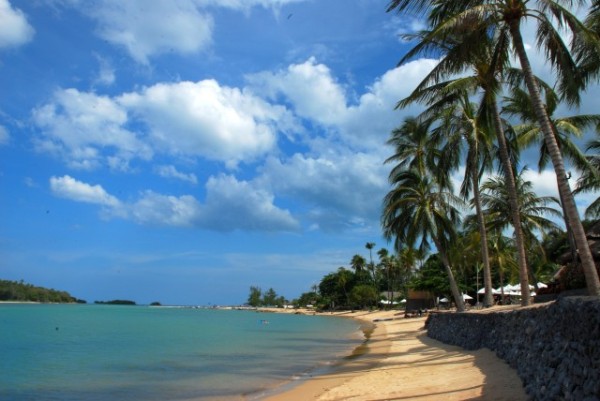 I came home ready to start my new job tomorrow, and had I not seen my parents I would have felt completely ready to tackle just about anything.

It was the father’s birthday this weekend, as well as father’s day, which of course meant engaging in the whole charade. I did pretty well, if I do say so myself. I was almost euphoric when I got up yesterday morning, even as I drove to the parents’ house, though once I arrived, and as the hours wore on, I could feel every ounce of that euphoria draining away. 😦

Seriously, they could suck the life out of anything those people. It’s a cess pit of negativity and criticism. In what’s possibly a first, I was able to observe their toxic behaviour and just let it sit there; not take it on or try to deal with it or anything. I came away feeling like I needed another holiday, but a bit of loud music in the car (and bad singing on my part) helped rejuvenate me somewhat. They can keep their toxicity.

I know I’m behind with my blogging, and reading of blogs, I will try to catch up. It might take me a while, though, as I start the new job this week, and I’m reconsidering a few other things in my life.

Things that make me LOL